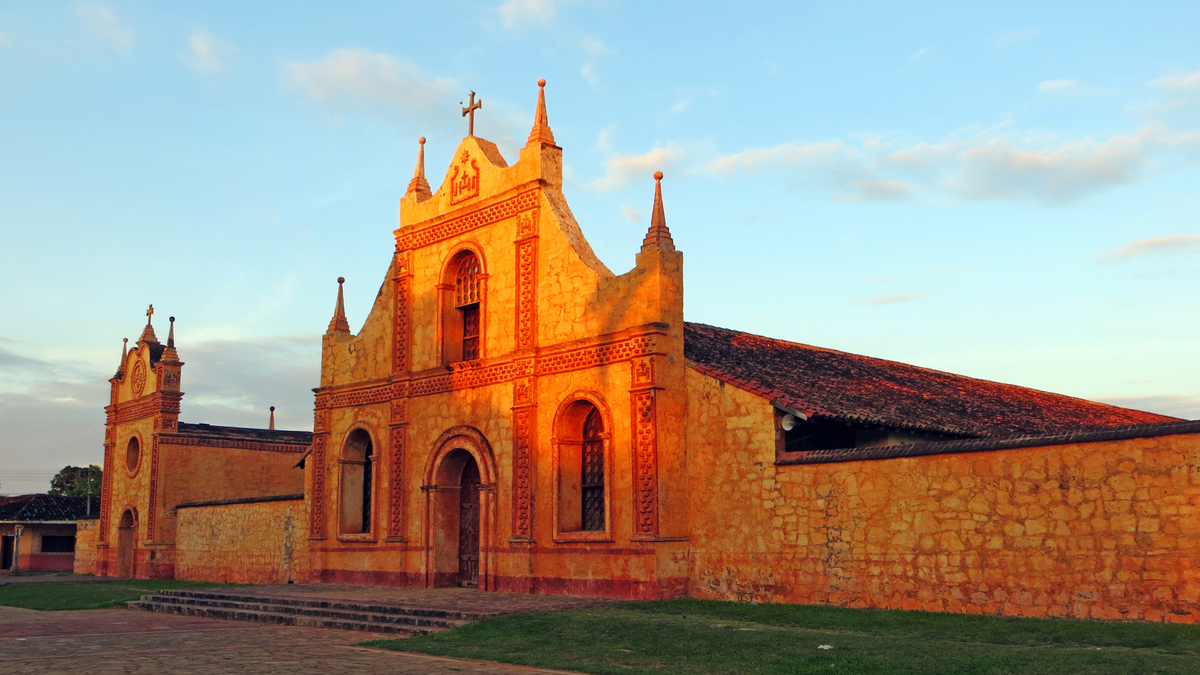 Nestled in the high Andes, are 6 awe-inspiring Jesuit colonial churches scattered throughout several rustic and culturally rich villages outside of Santa Cruz. This circuit has been well-kept secret and is for the true adventurers looking to get off the beaten path in South America!

Trip across Chiquitos plains passing through Río Grande, San Ramon and the Jesuit mission of San Javier (4 hours), a beautiful colonial town with its impressive church declared “World Heritage Site” by UNESCO. Then, through the open forests and savannas until Santa Rita community, to see the skill of artisan women producing textiles according to their traditional customs and uses in the area (Cotton fibre / natural ochres) and heading to San Ignacio de Velasco (3 hrs.), on arrival visit the church during Mass (night time).

Trip to Santa Ana Mission (1 Hour.) and appreciate clearly the only church built by Indians and mestizos, despite having been initiated by Jesuits. It has a rustic appearance and is smaller than the other churches. Then heading to San Miguel (1 hour) and San Rafael (40 min.) missions; all of them were declared Cultural Heritage by UNESCO. Return to San Ignacio (1 hour), this trip continues to Concepcion town (3 hours); it is the largest mission centre with an outstanding Jesuit church.

Visit Concepcion’s colonial church, it is a true gem of the eighteenth century with a Baroque style, complemented by the missionary museum, where original scores Renaissance-Baroque music are preserved. Return to Santa Cruz (5 ½ hours).