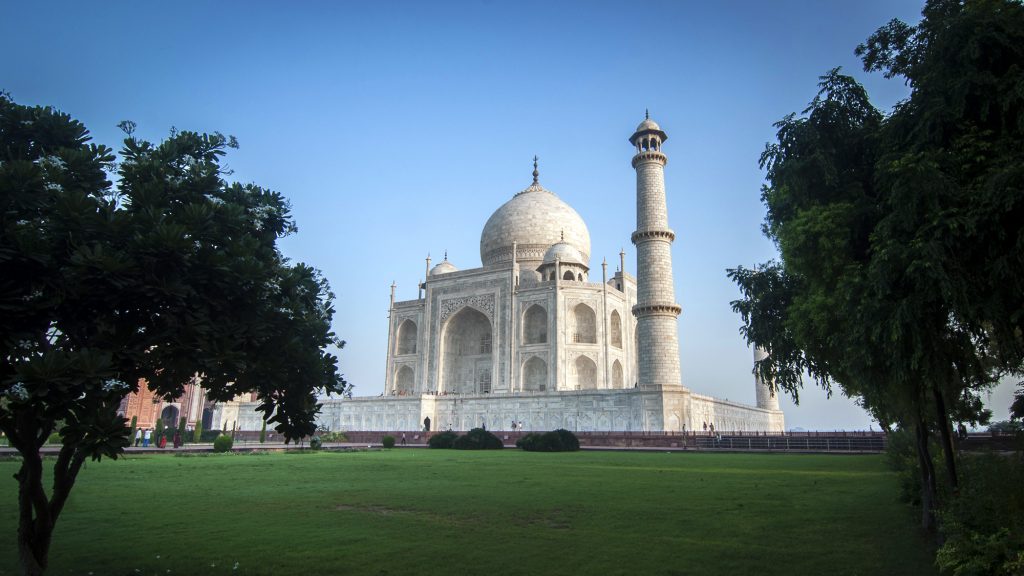 On this wonderful 7-day discovery tour, see India's most celebrated highlights. Visit modern-day bustling Delhi, experience ancient and intriguing Jaipur, and witness the world's most remarkable ode to love, the extraordinary Taj Mahal. You can start this India trip any day of the year (except Tuesdays) and customize your accommodations to your choice of 3-, 4-, or 5-star hotels.

India is truly a must-see for any cultural travel enthusiast. We hope you can join us for an eye-opening look into one of the world's most unique cultures!

On arrival in Delhi, you are met by a welcoming face and assisted with your Delhi hotel transfer. Your arrivals manager will help answer all your initial questions on the way to the hotel and will provide you your travel documents and an orientation briefing of India.  After arriving at the hotel, the rest of the day is at your leisure.

Day 2: Explore Dehli with your guide

After an early breakfast, enjoy a full day of sightseeing in New and Old Delhi. New Delhi, the capital city of modern India, is a well laid-out main metropolitan area built by the British when they moved their capital here from Calcutta in 1911. New Delhi blends internationalism and tradition, with many interesting museums and art galleries here. We will drive past the President’s palace and India Gate in the Lutyens’ Imperial City and Qutub Minar and Humayun’s Tomb that pay homage to the mighty Afghan & Mughal Empires.

In the afternoon, you will explore “Old Delhi” with its narrow dirt roads, its myriad people, and its inexpensive and colorful bazaars that keep alive the traditional workmanship for which Delhi has always been famous. Your first stop is at the Raj Ghat (the cremation ground of Mahatma Gandhi). We will drive past the Red Fort (we will visit the more elaborate Red Fort in Agra) and trade our motor vehicles for bicycle rickshaws, which will take us into the heart of Chandini Chowk (the silver square - so named because of the silver merchants). Negotiating alleyways, which seemingly get narrower and narrower, we will end up at the Jama Masjid, the largest Muslim mosque in India.

Day 3: Travel to Agra, with sightseeing along the way

Following breakfast, your driver will take you to Agra, which is 210 kilometers (4 hours) away. On arrival, check in to your hotel.

In the afternoon, you will visit Itmad-Ud-Daulah's Tomb, one of the Mughal mausoleums in the city of Agra. Along with the main building, the structure consists of numerous outbuildings and gardens. The tomb, built between 1622 and 1628, represents a transition between the first phase of monumental Mughal architecture - primarily built from red sandstone with marble decorations, as in Humayun's Tomb in Delhi and Akbar's tomb in Sikandra - to its second phase, based on white marble and pietra dura inlay, most elegantly realized in the TÃÂ ÃÂj Mahal. After the tour, you will return to your hotel.

Meet your guide early, at 06:15 am, in the lobby for your early morning sunrise visit to the spectacular TÃÂ ÃÂj Mahal. One of the world's most famous structures, the TÃÂ ÃÂj Mahal was built by the Mughal emperor Shah Jahan in memory of his favorite wife, Mumtaz Mahal, who died in 1631. Its perfect proportions and exquisite craftsmanship have been described as "a vision, a dream, a poem, a wonder." This sublime garden-tomb, an image of the Islamic garden of paradise, cost nearly 41 million rupees and 500 kilos (1,102 lbs) of gold. About 20,000 workers labored for 12 years to complete it in 1643. You will return to hotel for breakfast.

After breakfast, enjoy sightseeing at the impressive Agra Fort. Agra Fort is yet another attractive dimension to a city that is so popular with travelers. Built by Akbar in red sandstone, when he was through with the consolidation of his power after accession to power in 1654, Agra Fort worked both as a military strategic point as well as the royal residence. Many of the palaces inside the fort were later added by next generations of Mughal Emperors like Jahangir and Shahjahan.

Later, if you like, you may also make a second visit to TÃÂ ÃÂj Mahal at sunset. In contrast to the quiet atmosphere of a morning visit, you will see huge groups of Indian tourists dressed in colorful Indian saris and a lively, festive atmosphere at the monument.

After breakfast, we will drive to Jaipur (240 km / 6 hours by road). En route, you will visit Fatehpur Sikri. Fatehpur Sikri, located 40 km (1 hour) outside of Agra, is the beautiful and deserted medieval city built by Akbar the Great in the 16th century to serve as the capital of his vast empire. Akbar built the city to celebrate the birth of an heir (the future Emperor Jehangir). After 16 years, however, there was not enough water to support the population, so the capital was moved back to the Red Fort in Agra. The dryness that plagued Akbar and forced him to abandon his dream city is what has perfectly preserved this moment of Mughal history and exquisite memorial.

After breakfast, you will take a half-day excursion trip to Amber Fort. En route, you will make a photo stop at the Hawa Mahal, the "Palace of Winds." The Hawa Mahal is a five-story building with a 25 cm-thick facade from the 18th century with 953 windows and niches, built so that ladies of royal family could see the procession and events in the city without being visible to the people. We will then proceed to the Amber Fort, situated 130 meters high with the Aravalli hills around and 11 km north of Jaipur. The Amber Fort was the ancient capital of the Kachhawaha Rajputs till the year 1037. You will then enjoy a fun elephant ride to the top of the Palace fort.

Afterward, we will return to Jaipur, popularly known as the Pink City, for an afternoon visit. With its rich and colorful past, resplendent with tales of valor & bravery, Jaipur is now one of the most important heritage cities in India. The city was founded in the year 1728 by Maharaja Sawai Jai Singh II, the ruler of Amber. You will visit the City Palace, which occupies the center of Jaipur. The City Palace now houses the Royal residence and museums with collections of textiles and costumes, armory, manuscripts, and paintings. You will also visit Jantar Mantar (1728-34) built by the royal astrologer Jai Singh II. The instruments found here are built of stone and each instrument serves a particular function and each gives an accurate reading.

This morning, at the appropriate time, your driver will transfer you to the Indira Gandhi International Airport in Delhi (205 km / about a 5-hour drive) in time to board your flight home or onwards.