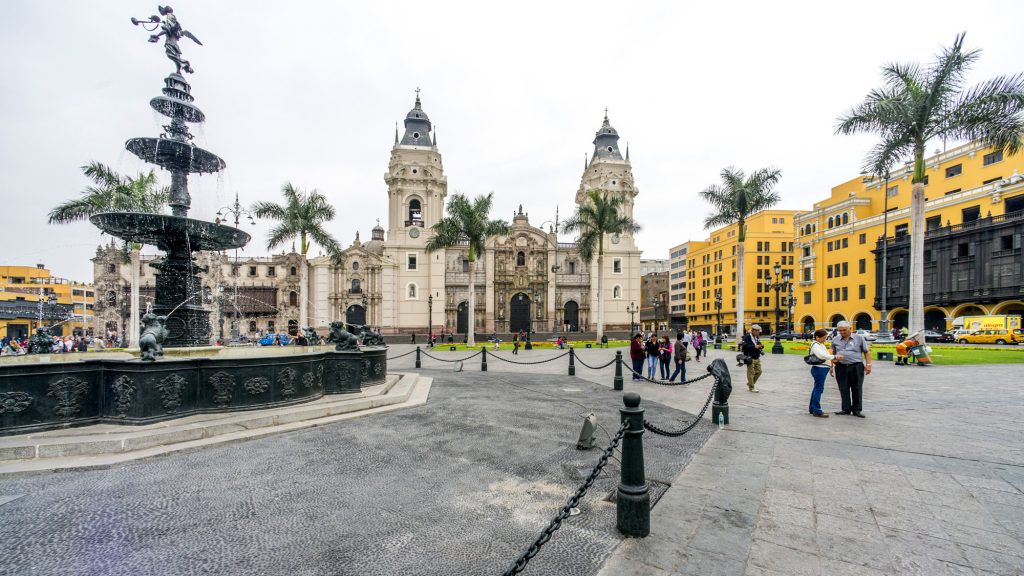 This city tour provides the highlights of the important sights in Lima. Tour is in a group (available every day) or private, and includes driving to key landmarks and plazas and walking.

Day 1: LIMA TOUR / Half day tour of the colonial and modern sights of Lima (B)

This excursion offers the best combination of the different attractions in Lima and its three historical periods: pre-Hispanic, colonial and contemporary. In Lima, there were several different pre-Columbian cultures which are dated thousands of years back. Lima was part of the Inca Empire until was founded by the Spaniard Francisco Pizarro on the 18th. of January, 1535. During our guided tour we will travel along its millenary history.

ANCESTRAL LIMA. At the Huaca Pucllana, an archaeological precinct build in the IV century A.C., we will have a panoramic view of this magnificent ceremonial and administrative centre which was considered by the Incas a holy village. We will learn about the life and rituals of its ancient inhabitants and admire its typical pyramidal building, very characteristic of sacred pre-Hispanic edifications which were adored in the coast of Peru.

COLONIAL LIMA. The Peruvian Viceroyalty was the most important one in the Spanish Empire and Lima was its capital. The highlights of its historical centre are its architecture and the urban design of the city, found in the old streets filled with colonial houses adorned with Moorish-style balconies. Our trip includes the Paseo de la Republica (Promenade of the Republic), Plaza San Martin (San Martin Square) and the Plaza Mayor (Main Square), with their different buildings: Palacio de Gobierno(Government Palace), Palacio Arzobispal the (Archibishop's Palace), the Basilica Catedral (Cathedral Basilica) and the Palacio Municipal (Municipal Palace). We will enter the monumental Convento de San Francisco (Convent of Saint Francis), which displays the biggest collection of religious art in America. We can admire the Choir Room and the Monks? Library, the Sacristy, with its collection of Zurbaran and Rivera paintings. The Big Patio of the Main Cloister, decorated with sevillian tiles from the XVI century, its beautiful Moorish arches and its subterranean crypts known as The Catacombs, where you will feel the presence of Lima's colonial past.