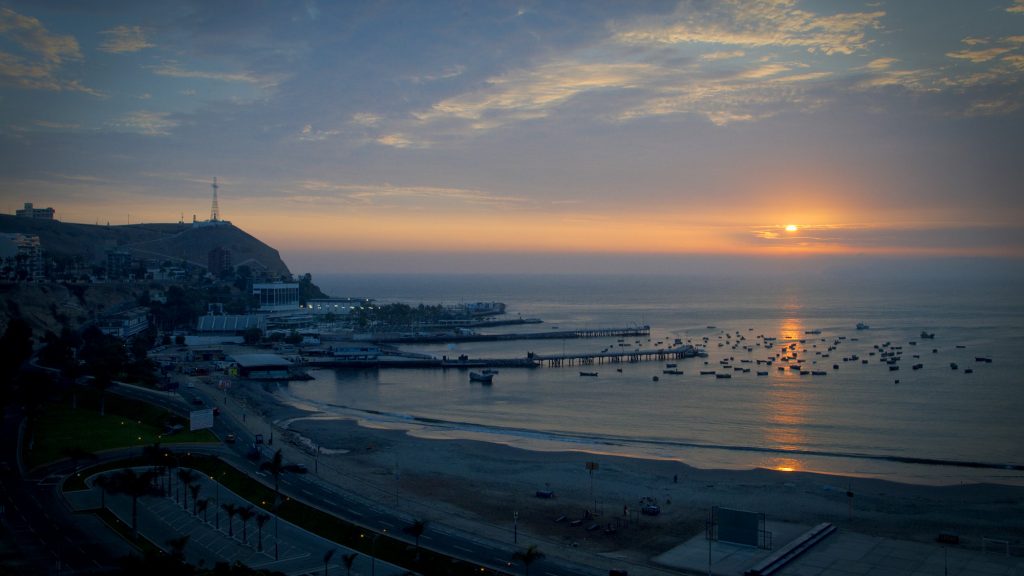 A full day is spend exploring the ruins at Pachacamac, eating lunch at a local restaurant and touring the city of Lima. This may be booked in a group at US$125 per person, or as a private tour, starting at US$250 per person.

Day 1: LIMA CITY TOUR / A full day touring Pachacamac Archaeological Complex and the city of Lima both colonial and modern (B)

This is a full day tour with the best of Lima and the Pachacamac Archaeological Complex! You will be picked up at your hotel and we begin in Barranco, the bohemian suburb of Lima city and the best expression of the Lima's night life. We will go by the The Central Park, The Municipal Library, colonial houses, the traditional "Sighs Bridge" and its famous boulevard. Continuing with the tour, we will go to Chorrillos suburb, long time ago considered the most exclusive summer resort of Lima. Nowadays, Chorrillos is the only suburb in Lima that features an ecological reserve (Pantanos de Villa) which we will see on our way to Pachacamac. Taking the South Pan American Highway we will arrive to Pachacamac, the most important Ceremonial Center of the Peruvian Coast during pre-inca and Inca times. The early inhabitants used to come here to worship and to give offerings to their God Pachacamac. Here, we are going to see several ancient earthen dwellings from different early times. At the course of the centuries, Pachacamac was occupied by many different Andean civilizations such as Lima, Wari, Ichma until the Incas Empire, but it always kept its religious status. Among the most important constructions we have Adobitos Temple ( I C. A.D ), Pachacamac Old Temple ( I C. A.D ), The Painted Temple ( VIII C. A.D ), Pyramids with Ramp ( XIII C. A.D ),The Sun Temple ( XV C. A.D ). Besides the ruins we will find a museum that houses potteries, textiles, shell and stone ornaments, as well as the wooden Pachacamac Idol, found during the excavations in 1938. Around 1:00 pm we will arrive to the chosen restaurant. Here you will be able to try and enjoy a wide variety of typical Peruvian food. We invite you to discover the unique and delicious flavors of our food. We will continue our tour in the modern suburbs of San Isidro and Miraflores. We will pass by the Financial Center , also Huallamarca and Pucllana, both pre-inca pyramidal temples that have survived the expansion of modern civilization. We will see the San Isidro`s Golf, the Olive Grove Park and the Miraflores Board Walk. From this place, we will have a nice view of the Pacific Ocean. We will see Lima`s historic downtown, which has been classified by Unesco as a Cultural Heritage of Humankind in 1991. In this journey, we will admire what once was the Spanish Colony Center back in the 16th century. We will appreciate the San Martin Square, it`s beautiful wooden carved balconies and old colonial houses, the Main Square, the President`s Palace, the Cathedral, the Archbishop`s Palace, the City Hall, the Desamparados Train Station, among other landmarks. At the end of the city tour we will visit the San Francis of Asis Monastery (San Francisco Church) and it`s famous underground crypts known as Catacombs. Return to the hotel. Daily Departures : 9:00 am Tour Length is 8 hours ; min 2 people. Note: The tour may start with the Lima city sights in the morning and then Pachacamac in the afternoon.