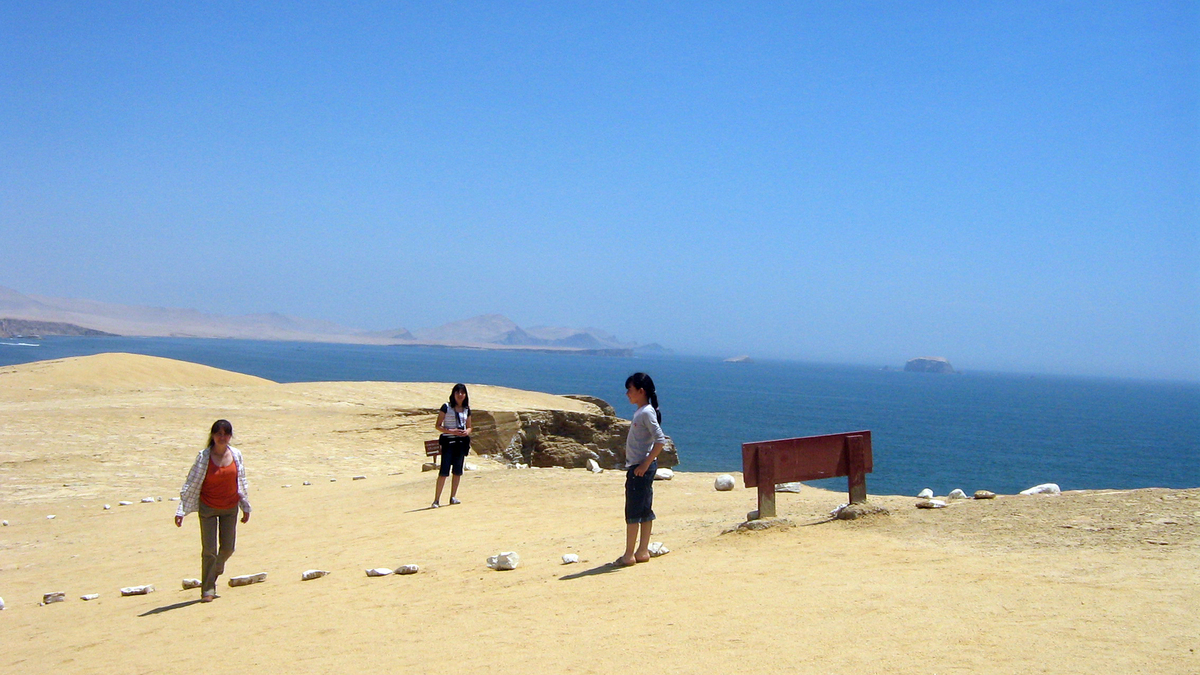 This is a full day tour from Lima to Paracas for a morning boat tour of Ballestas Isles with a naturalist guide; lunch on your own; afternoon guided tour of Paracas Marine Preserve. Observe marine wildlife on land and and sea. Return to Lima early evening.

Day 1: Day trip to Paracas for the Ballestas Isles boat tour and the Paracas Maraine Preserve.

You will be picked up very early at your Lima hotel and transported to the bus station for the tourist bus to Paracas. This is a full day of viewing wildlife! First, you will have the morning boat trip to the Ballestas Islands where you can find a lot of Marine Wildlife, such as birds and sea lions which live in there. After 15 minutes of travel towards the Islands you will appreciate "The Chandelier" an enigmatic figure sculpted in the sand. on the side of a sand hill, overlooking the ocean. The island's fauna of birds perched on the rock formations, including Guanay, which come from the name of guano, the Humboldt penguin attracted by the cold Peruvian Humboldt current and the Peruvian pelican which is the third most important guano bird that inhabit this area. As well as bird watching paradise, you can also see sea lion colonies which appear to pose for the tourist's cameras.

After lunch (pay your own), your guide will take you for a tour of the Paracas National Reserve, where you will appreciate large groups of flamingos feeding on the shores of the sea. To get a better view of these beautiful birds will require a short walk to a small balcony. Then you will visit the Interpretation Center of the Paracas National Reserve, where we will learn about the ancient Paracas, who inhabited the area for more than two million years, here you can see a variety of human remains, which were discovered more than 80 years, among them the famous Paracas deformed skulls and cranial trepanation. According to archaeologists, the first inhabitants in the area of Paracas had appeared around 7000 BC. You will then continue your tour through the desert, until we reach the beautiful beach of Lagunillas, before heading back to Lima late afternoon on the tourist bus. With transportation to/from Paracas, approximately 12 hours.

1-Day Paracas and Ballestas Day Tour
Contact Us for Pricing