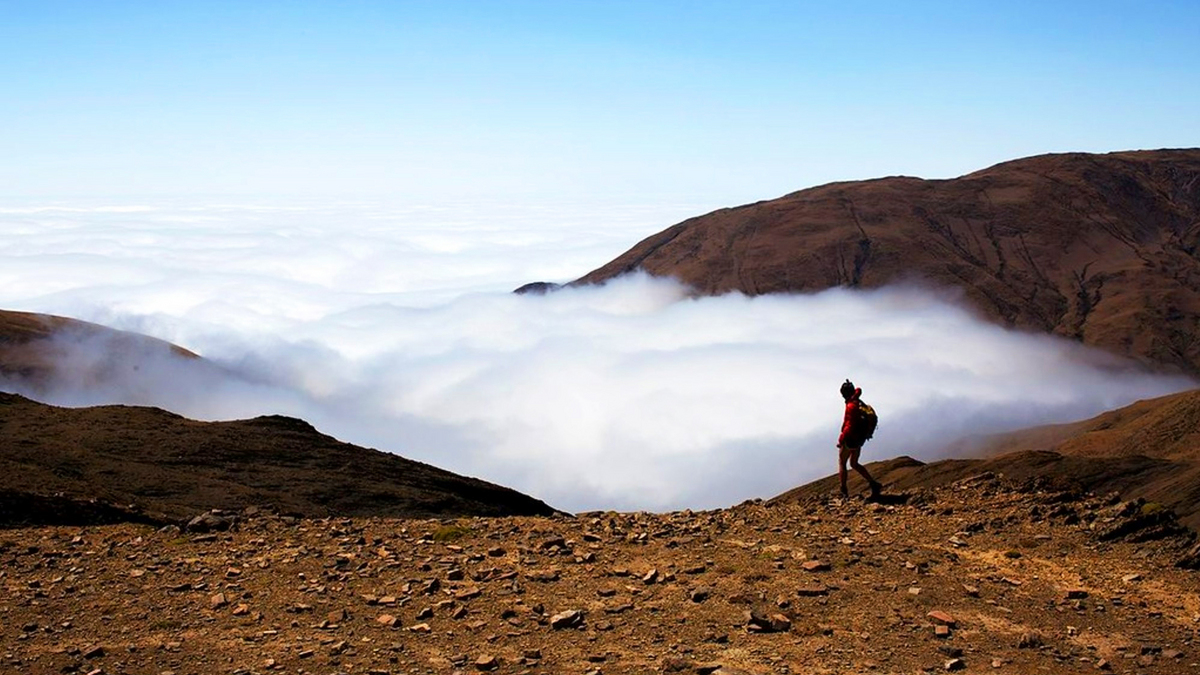 This trek begins at the foot of Cerro El Golgota in Ingeniero Maury and ends four days later in Quebrada de San Lorenzo, right next to Salta city. Explore an old Inca trail amid landscapes of great contrasts. The first part of the tour takes place in a dry and arid climate. During the final segment we will enter the rainforests of Salta's Yunga. Along the route, we will be in contact with nature and the culture of a special area of Salta.

Starting at the Quebrada del Toro, our first ascent will be surrounded by cardones (giant cacti) and will reveal the snowy peaks of Cerro San Miguel and Acay. The trail leads to the archaeological site of "Sillon del Inca" (Inca Seat), ruins that once belonged to the southern part of the Inca empire. We will continue the trip visiting the local inhabitants of the area, who work the fields and breed livestock over in villages over 3,000 meters high. Camp sites and dinners will be the time to share moments with the group and sometimes with locals when we camp near their homes at night.

The trip begins at the bus terminal in the city of Salta. We will take the bus that goes to San Antonio de los Cobres (departs at 8 am - time to be confirmed on each departure as it may vary). We will get off the bus at the Gendarmerie Outpost of Ingeniero Maury, next to a school.

After checking in the luggage and backpacks for the day, we will provide lunch boxes, fill our water bottles and start walking. The first part is uphill. The trail is well marked and the slopes are mild/moderate but continuous. As we ascend, the Quebrada del Toro starts looming before us in all its glory as well as the snowy peaks of Cerro San Miguel and Acay behind the hills. After three hours of walking uphill we will reach La Virgen del Caminante (The Pilgrim ÃÂÃÂÃÂÃÂs Virgin), a reference point for many mountaineers in the area. From here, the path continues with intermittent ascents and descents, but mostly downhill.

Our destination is Sillón del Inca ruins, where our first camp will take place. We'll have some spare time to walk around the area at this archaeological site that was once part of the Inca Empire.

The second day departs from Sillón del Inca and the path will lead us over the 3,000 meters. We will walk along one of the most beautiful places of agricultural production in the area, and if we are lucky, we will see some condors flying over us. We will continue the road with a slight increase up to the maximum height of the trip in the crossing clearing, reaching 3418 meters above sea level. Here, the journey will show us one of the most spectacular views. From this point well above the clouds you will get to see the whole Lerma Valley and the city of Salta. Then, the trail descends and will lead us, accompanied by spectacular views, to the site of our second camp. The camp will take place in the company of local people, who have their agricultural production ranch. We can share experiences with them and learn about their lifestyle in the area.

The third day the trail will lead us closer to the typical wetland forest of the Yunga. We will leave our camp and begin to descend. Here, the views are completely different from the previous two days. After a short hike we will find that trees and vegetation begin to grow on the mountains and we will see numerous rivers and waterfalls. The trail continues in slight decline to a point where two mountain rivers meet. Here, we continue upstream and then go into the Yunga. Here there is a first slight rise that gets more intense towards the end of today trek.

We will begin the last day of our tour already immersed in Salta Yunga. The trail goes along charming landscapes towards the city of Salta. Walking on the edge of the mountain, we will enjoy the flora and fauna of the region, in contact -every few kilometers- with local inhabitants who breed cattle in these remote places. The last part of the tour will take us to the foot of the city of Salta, in the Quebrada de San Lorenzo. Once in there we will share drinks and end the trip by returning on a bus to the city of Salta.

4-Day Northwest Argentina: Trekking to the Clouds
from $590 USD